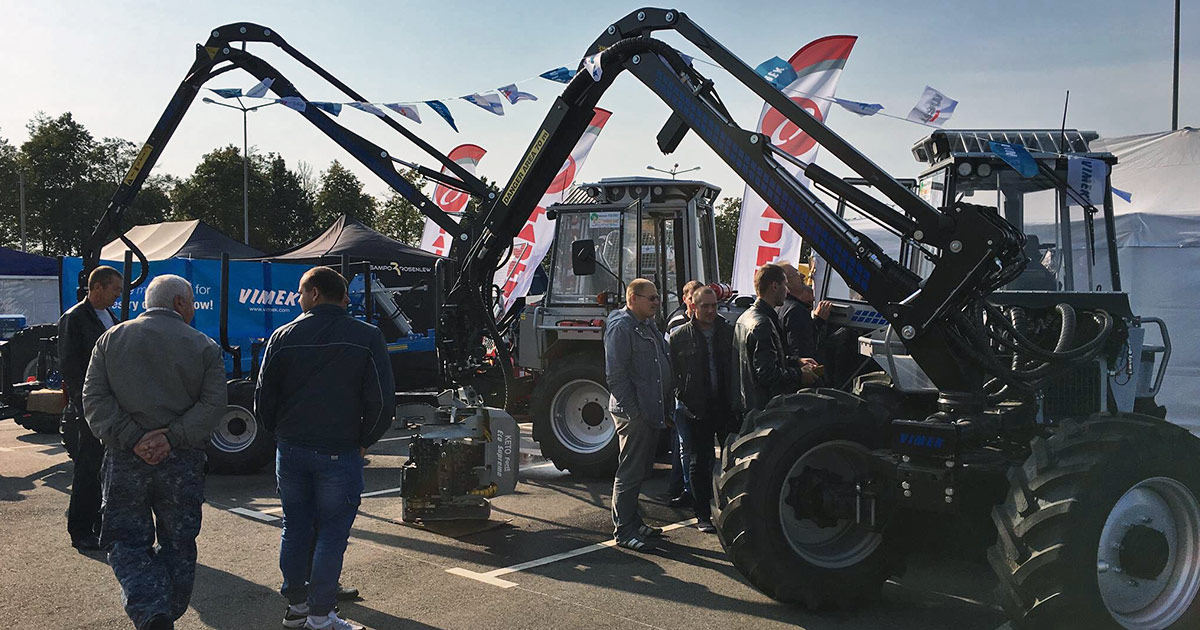 The cooperation of the Swedish company Vimek AB with the forestry of the Republic of Belarus began in 2010. The first 12 Vimek forest machines were purchased by the Leskhozes of the Brest GPLF in 2010-2011, including 8 Vimek 404SE harvesters, 4 Vimek 608 forwarders. Experience in the operation of this technique showed that in Belarus these machines can be used both on thinning and on pass cuttings, as well as other cuttings. They can also be used for cutting in young animals, for which you need to install additional equipment of OliverWimmer.

The main feature of these machines is that they are economically most effective at the most costly logging, i.e. on felling with small volumes of whip: 0.03-0.16 m3. From a silvicultural point of view, these machines have no analogues, since They allow us to thin out forests without laying technological corridors (skidding trails) in their traditional sense. The dimensions of the machines (width and weight) are such that the harvesting and transportation of harvested wood on the cutting boards can be carried out without the forced cutting of the trees of the future. The forest remains in its natural uniform form, and not "cut" by technological corridors every 15-20 meters, which are needed only to transport timber harvested from the harvesting operations.

Within the framework of this project, in 2016 a tender was held for the purchase of multi-operation equipment for the cutting of forest management by the Ministry of Forestry of the Republic of Belarus. The Swedish company Vimek AB won in two lots of this competition and, within the framework of the concluded contract, should supply 74 Vimek 404T6 harvesters and 52 Vimek 610.2 forwarders during 2016-2018.

As of the beginning of May 2017, 19 harvesters and 19 forwarders had already been delivered to 18 leshozes. Delivery of forest machines is carried out in accordance with the approved schedule of delivery. As part of the contract, Vimek AB supplied the modern Vimek simulator for training harvester and forwarder drivers. In addition, the Ministry of Forestry purchased an additional two of the same simulator. All three simulators are installed in the RCSC-LES. Representatives of the company Vimek conduct training of forest machine drivers of those leshozes, in which the delivery of machines is planned, as well as training of the main mechanics of the leshozes for operation and use.

In February 2017, the technical staff of Vimek AB conducted a visit and inspection of the delivered equipment for the purpose of additional consultation on the operation and maintenance of machines, the adjustment of all systems. It was decided to make such trips systematic. So, in the middle of May another inspection trip of Vimek technical specialists to Belarus is scheduled.